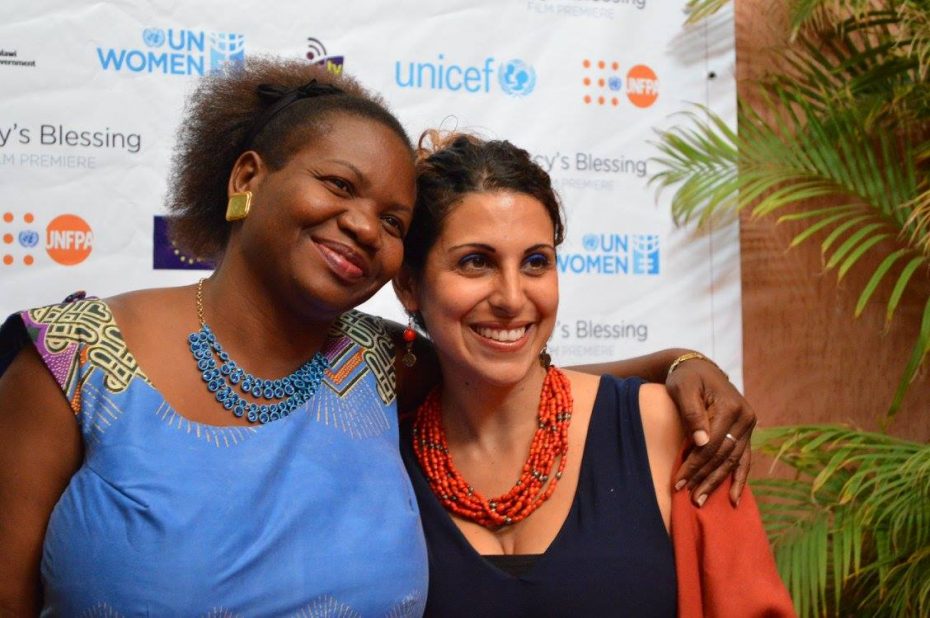 The United Nations Joint Program for Girls’ Education in Malawi used Mercy’s Blessing to spearhead a nation-wide awareness campaign entitled Keeping Girls in School. The film’s director, May Taherzadeh, was invited to present at the launch of the campaign in Lilongwe, Malawi. She spoke about the power of film to inspire change. Partners included the European Union, UNICEF, UNFPA, and UN Women and its HeforShe campaign.