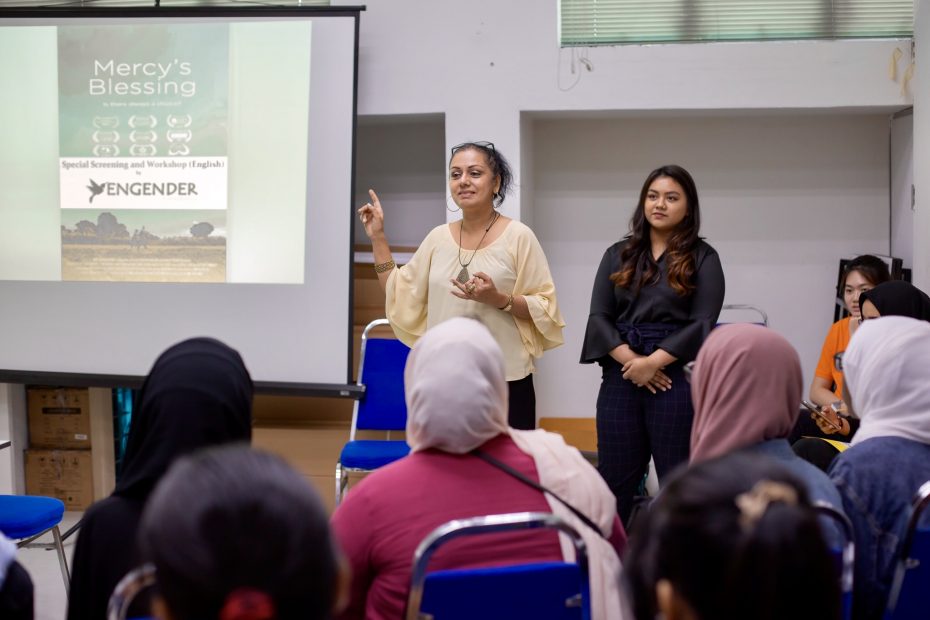 UNHCR organised Unite Against Violence; Working Together to End Sexual and Gender-Based Violence, in which Mercy’s Blessing was screened as part of the 16 Days of Activism against sexual and gender-based violence. Groups held meaningful discussions about gender equality, the role of men and boys in standing up for justice, child marriage, and the education of the Girl Child. Facilitators were community leaders, including Sharifah Shakirah, director of Rohingya Women Development Network organization (RWDN), Sujauddin Karimuddin, director of Elom Empowerment and Omna Sreeni-Ong, director of ENGENDER and secretary-general of the National Council of Women’s Organisation, Malaysia.